The Keys to Writing a Touching Story for Children 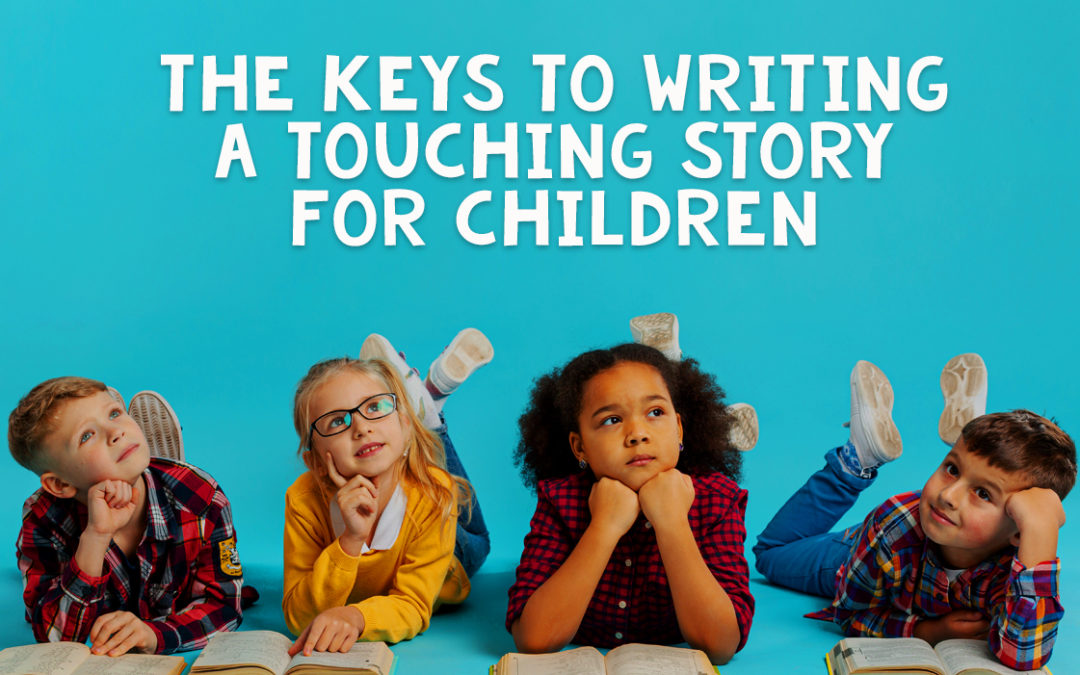 The Keys to Writing a Touching Story for Children

Stories play an important role in the development and growth of children. For one, stories serve as a great learning tool. They can improve children’s literacy and understanding about life in general. Aside from this, they are also a good source of fun and entertainment. Children generally enjoy reading about different characters and plots in stories. Whether through picture books, fairy tales, or songs, stories are one of the most fundamental ways in which children learn and have fun at the same.

Aside from developing their literacy and understanding and providing some good time, stories are also a great instrument for enhancing the emotional intelligence and expression of children. Stories, in general, can stir various emotions among kids, from happiness and joy to sadness and grief. To put it differently, stories have the power to touch the hearts of children in ways that can make them think, feel, and reflect.

Grandpa Nick’s Bump by Lynda M. Daniele is an example of a children’s story that knows precisely how to move the hearts of young kids. It is based on a true story about the author’s late husband, Nick, and his journey toward becoming a grandfather to four neighborhood children, who have no grandfather, while coping with meningioma. In general, Grandpa Nick’s Bump is an amusing yet touching tale about a beloved grandfather who is adored by the children he cares and loves. It ultimately teaches its readers about the importance of grandfather-hood.

Taking an inspiration from the story of Grandpa Nick’s Bump, below are some of the keys to writing a touching story for children that might help you create your own story someday.

Storyline plays a crucial role in determining how big of an impact a story can have on its readers. Particularly, in trying to write a touching story for children, you need to come up with a heartwarming storyline. This means that the theme, concept, and plot of your story should hit close to home. It should be relatable to children, and it should have the ability to evoke familiar emotions among them. When writing for children, it is important for your story to be unique but familiar at the same time. Do not talk about things that children in general would not understand, but do not also recycle cliched storylines. As much as possible, be authentic yet relatable.

Aside from the storyline, you should also pay close attention to the characters that you create in your story. In order for your story to leave a good impression and touch the hearts of young kids, it should have lovable characters. Generally, characters are very important in a story. They serve as the driving force that moves the narrative forward, and they are the ones that can make the readers invested in a story. When the children love your characters, you can almost be sure that your story will be a memorable one for them. So, if you want your children’s story to be a touching one, then write about characters who are as lovable as Grandpa Nick.

This is the most important thing that you should keep in mind when writing a story for children – your story should be filled with values and life lessons. The overall message is basically the most important part of your story. Plots and characters can be easily forgotten when they do not have substance and values along them. When your story does not teach anything, it would not leave an impact on the minds and hearts of children. Grandpa Nick’s Bump, for example, is a very moving children’s story mostly because it is full of life lessons that the young kids can learn from. If you want your story to be the same, then make it valuable as much as possible.

Overall, children’s stories are indeed important for various reasons. Particularly, they are important because they have the power to expand the minds and touch the hearts of young kids. In essence, you do not necessarily have to be a world-class author to be able to write a touching story for children. You just need to be creative and imaginative enough to come up with a storyline and invent characters that children will surely love. More importantly, you only need to stuff your story with valuable lessons about life. As what Lynda M. Daniele’s Grandpa Nick’s Bump shows, the most crucial element of a children’s story is not its plot nor its characters, it is its ability to leave a lasting impact on the hearts of its young audience.